MPBrakes: The Origins, Definition, and History of the Muscle Car

The snow is still flying in much of the country and many of our beloved classics are nearing the end of their winter slumbers while we dream of warm weather and open roads.  Sound familiar?  If it does, the next best thing to driving a classic car is talking about them, so today we are going to take on a topic that you can carry on with your buddies over a cold one in the garage...the origins, definition, and history of the muscle car.

Where Did it Start?

Some people will argue that the powerful Duisenberg J-models, offered from the late 20’s until the early 30’s, were muscle cars because they were built  with speed in mind.

Others claim the 49 Olds Rocket 88 was first. Or is a little later and the 54 Buick Century or maybe the 55 Chrysler 300 Letter cars featuring their FirePower Hemi, the 57 Plymouth Fury, DeSoto Avenger, and the Dodge D500 to consider.  This is just a partial list of early models, or sleepers, that inspired the muscle car movement, but you get the point.  Years before some of the vehicles typically associated with the muscle car phenomena rolled off the assembly lines in Detroit, you can see a growing fascination with speed and performance. 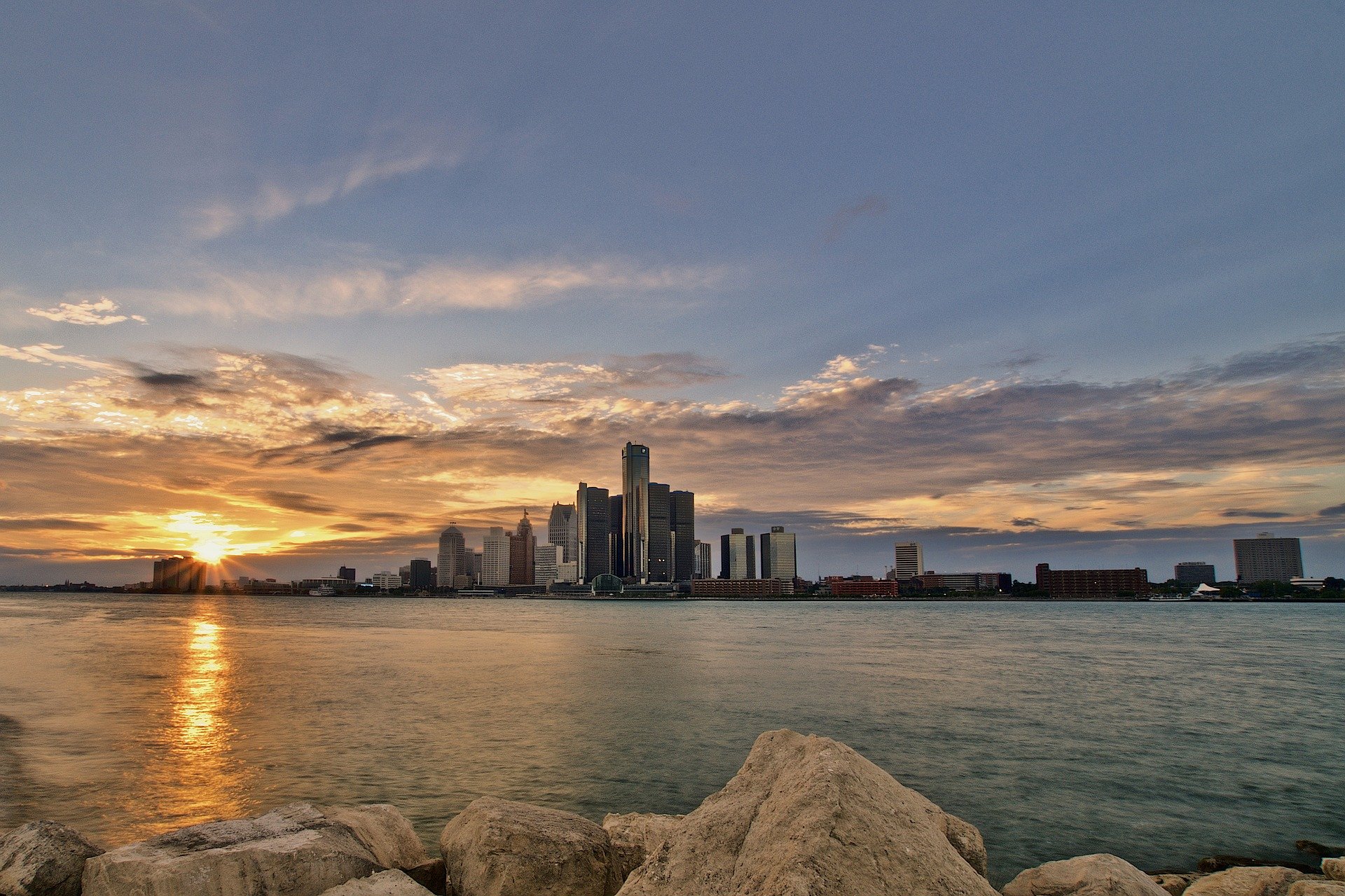 There’s an old saying in the industry that sums up the decade or so before the rise of the muscle car era–race on Sunday, sell on Monday–that sums up the years leading up to the rise of the muscle car era.  And there is no doubt that the formation of the National Association of Stock Car Racing (NASCAR) in 1947 and the birth of drag racing’s National Hot Rod Association in 1951 fueled public interest in speed and performance.

Jim Maxwell’s “Muscle Memory” which appeared in Performance and Hot Rod Business does an excellent job summing up the characteristics of muscle cars.  To his way of thinking, the quintessential muscle car possessed the following attributes:

From a buyer’s perspective the advantage of muscle cars included performance and looks that turned heads without breaking the bank.  Best of all, these models were readily available to the general public.

We’ve covered some of the likely suspects in the sleeper category (please accept our apologies if we didn’t mention your classic) but what happened next?   According to Maxwell, the roll out of the 1964 Pontiac GTO, which sported a 389-ci V-8 engine with 325 HP, a beefed suspension, and unique faux hood scoops, marked the advent of the true muscle car era.  Both the buying public and executives with other  GM divisions took note, leading to the introduction of the Olds 442, 65 the Buick Skylark Gran Sport, and the 65 Chevelle Z-16 Malibu Super Sport .  The successor to this last mention, the Super Sport Chevelle, became one of the top sellers in the muscle car class. 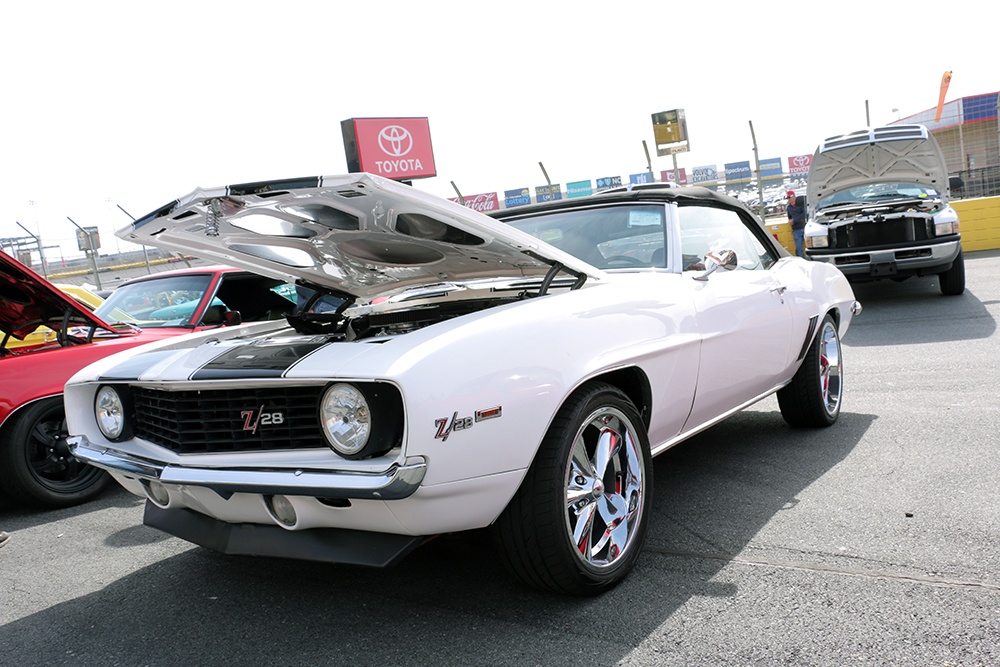 The introduction of the Ford Mustang in 1964 blurred the lines, prompting an evolving definition of the term muscle car.   The Mustang actually met the definition of a pony car, but the Shelby GT 350 blurred the lines.  The Shelby packed a 306H, 289-ci small-block engine, an upgraded suspension, a hood scoop, and Goodyear Blue Dot performance tires.

With the 67 releases of the Dodge Coronet-based R/T and the Plymouth GTX Belvedere, as well as the 68 Road Runner, the Mopar crowd joined the party with scoops, stripes, and performance at buyer friendly price points.  According to Maxwell, these entries “stole the thunder from many of the other high-performance cars of the era (including the GTO), helping make muscle cars more affordable than ever.”  The late 60s saw additional manufacturer forays into the muscle car, including AMC’s compact version of the Rambler equipped with a 343-ci 4 barrel and a snorkel hood scoop.

“By the time the Camaro came out, the lines that separated muscle cars were starting to blur even more. Disc brakes were showing up on a regular basis, but things like ABS and decent tires were still a long ways off.”

For many muscle car aficionados, the early 70’s was the high-water mark of the muscle car era.  Popular models from this year include the Boss 302 and Boss 429 Mustangs, Chevrolet’s 450-hp LS6 SS454 Chevelles, the Hemis and 440 six-barrels from Dodge and Plymouth, Buick’s Stage I GS and GSX, the Hurst Oldsmobile and 442 W30, Pontiac’s 455-ci GTO and the E-Body Dodge Challenger and Plymouth Barracuda, technically classified as pony cars that were built bigger and wider to accept 426 Hemis. 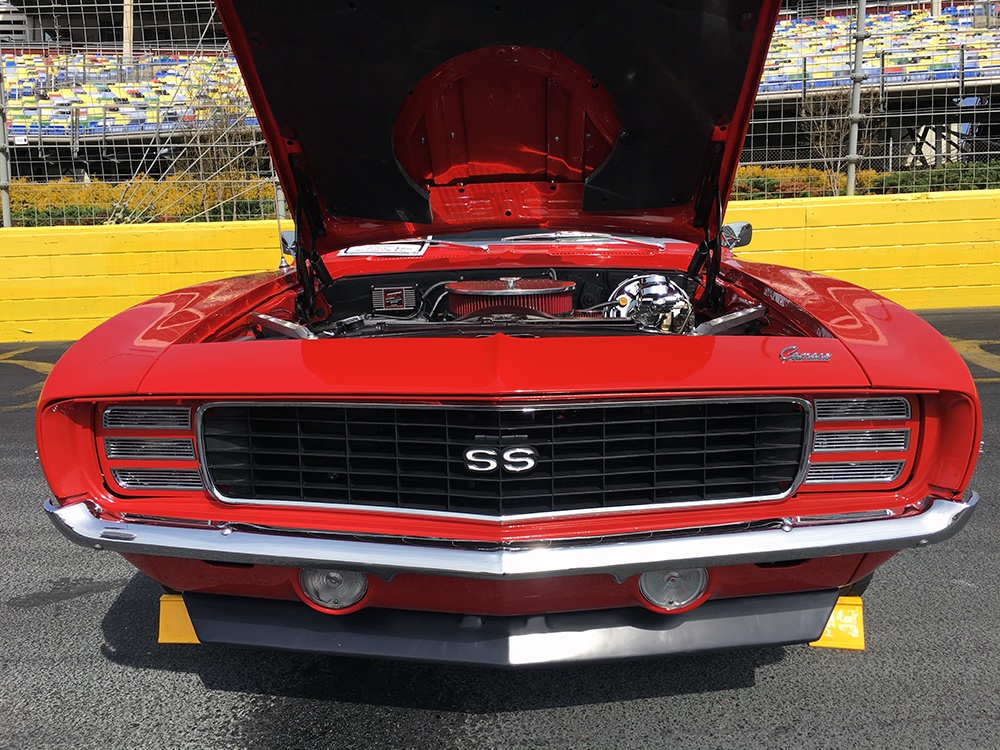 All good things come to an end, and the muscle car era of the 60’s and 70’s is no exception to this rule.  Bad PR generated from accidents, higher insurance rates, and increased costs at the fuel pump created demand for smaller, safer, and more fuel efficient vehicles.  The 70s and 80s were kind to enthusiasts looking for quality cars, but the preferences of the nation were leaning toward economical cars.  This trend too, came and went, and these days, there has been a revival of the muscle cars from a bygone era.  Visit any local car show or dealership for that matter and one will see the muscle cars are out in force—this slice of American car culture is alive and well.