MPBrakes Puts the Binders On This Gorgeous 1969 Hemi Road Runner 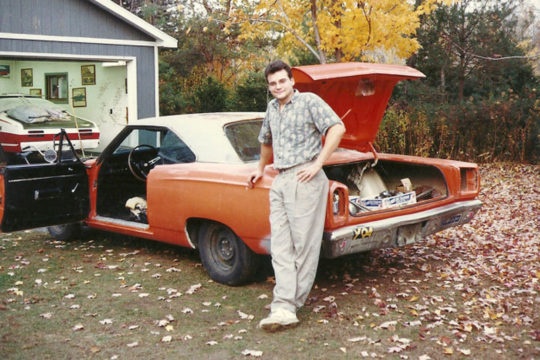 When this 1969 Road Runner came into the shop in 1990, little did Tony Gemza know that it would come with a story. The man above is Johnny Janzyk, and he acquired the Road Runner from Tony’s father. The elder Gemza was doing restorations as a part-time business, and this car was part of a pair of Mopars that were towed back to New York from California. It had a blown engine, but was a solid car with lots of potential. 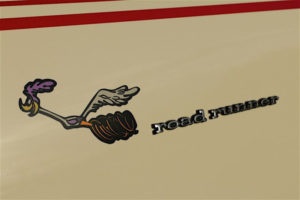 Brought to us by our friends at Master Power Brakes, this story begins with one generation, and comes full circle with a second. The Road Runner received a budget-conscious rotisserie restoration that took quite a while. The shop was moved from New York to Charlotte, North Carolina, and Johnny finally got his car in the mid 2000s with an Alpine white paint job and a factory looking 440.

Johnny drove and enjoyed the car for another ten years, and in that time Tony and his brother took over their dad’s part-time business and since they grew up around cars they felt that a full time automotive business was always in their future.

Johnny was considered family by now, and he often visited Creations by Gemza. These old friends started talking cars, and one thing led to another and the Road Runner was the topic of the conversation. Johnny loved his Plymouth, and wanted to know if the brothers Gemza could install a 426 Hemi into the B-body.

But it wasn’t enough to just stab an elephant between the frame rails, it needed a little something-something to put that power to the rear wheels. So a Tremec TKO-600 5-speed transmission was installed, and the old 8-3/4 rearend was swapped out for a Dana 60 with 4.10:1 gearing.

The Road Runner wasn’t in bad condition with a solid body, but since the car was getting lots of new motivation, it ended up getting some attention to the body as well. A custom firewall was fabbed up, and all the body gaps were aligned before the car was blocked and sanded three times before the W1 paint was applied. After that, four coats of clear were applied to the body, and the factory black striping was applied.

Under the hood, Master Power supplied the new master cylinder/booster combination so that the Road Runner could stop as well as it could get up and go. Wrapping some new shoes around the brakes was another bit of necessity for the Mopar, so a set of Billet Specialties 17-inch Sprint wheels completed the muscle car look. 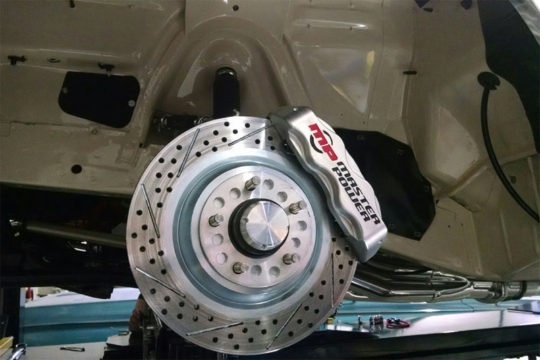 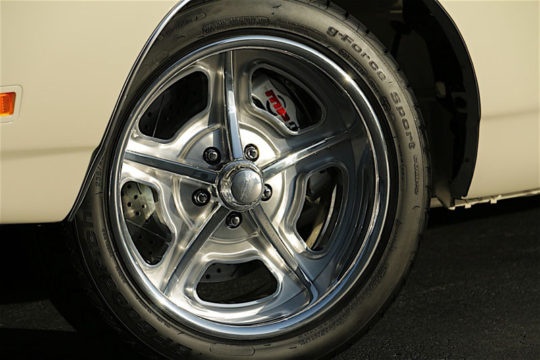 What started as a random muscle car hauled across the country ended up as a family friend who got to see father and sons work on his classic muscle car more than a decade apart. This great story was told to us by Tony Gemza himself, at Creations by Gemza, and brought to us by the guys at Master Power Brakes. Tony said, “None of my build are done unless Master Power Brakes are installed at each corner.”

You can find out more about braking kits, like those installed on Johnny’s Road Runner, at the Master Power Brakes website, where you’ll find OE style replacement or multi-piston performance kits, and plenty more to keep your muscle car braking in style.