Rear Disc Brake Conversion - What Else is Needed?

Have you ever been in a position where you didn’t do something because you thought it was going to take more work than you thought? We have been in this situation ourselves and we have heard from customers that they wish they knew more about something as it would have changed their decision.

This came up recently with a customer that went through and rebuilt all his stock drum brakes and then learned more about what it takes to complete a disc brake conversion kit. His thought, to begin with, was that he would have to change a bunch of things to complete the conversion. To help customers in the future, we thought we would discuss some of the questions that people have when contemplating a disc brake conversion and what else might need to be done. 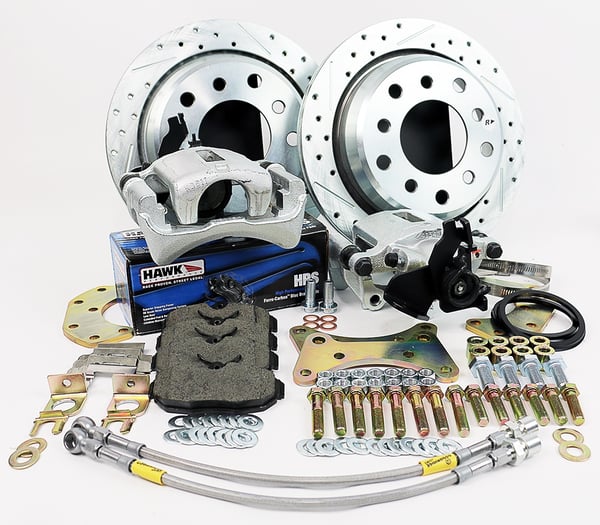 The first question that most people have is about the Proportioning Valve and what to do with that part. In most instances, people are using a Combination Valve of some sort if the car already has disc brakes on the front whether from a previously done conversion or factory. If a factory valve is present, it is probably best to replace the valve with a disc/disc Combination Valve because of the unknown. Something like our part number VL3359K would work perfectly. If the car already has a Universal Combination Valve, it may be able to be converted to a disc/disc. In both instances, what we are trying to do is remove the Metering Valve from the system. The Metering Valve is what holds off line pressure going to the front brakes when applying the brake pedal which prevents the car from nose-diving as the drum brakes take slightly longer to apply. In a four-wheel-disc vehicle, we want all four brakes to apply evenly. 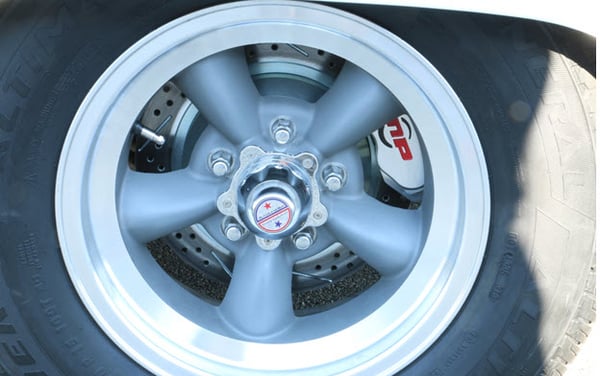 The next couple of things are much simpler but are things that come up in conversation. The first is quite simple and goes along with what was mentioned above in regards to residual valves. If your car currently has a master cylinder mounted under the car, you probably have external residual valves in place to prevent fluid from running back into the master cylinder. In almost all instances, the rear in use is probably a 10-pound valve. This needs to change to a 2-pound valve. Also, many people get hung up on the brake lines. Many classic cars used a 1/4" line running from the front to the rear. Some are adamant that this needs to change to a 3/16” line. If you are completely re-plumbing the car at the same time of the conversion, I would probably change to a 3/16” since it is much easier to work with. Otherwise, leave the 1/4” line in place. It won’t change anything in how the rear brakes perform.

Lastly, the only thing additional that comes up is park brake cables. This particular part of the conversion and if anything is needed really depends on the application. Some vehicles have original equipment cables that can simply be converted from the attachment on the brake drums to what is required on the new conversion. Some situations, however, will require a completely new cable and approach. In this case, it is usually best to look at some of the available universal cable systems that could be used like our part number HWC2500 and HWC2501. Something like this might just make your life a little easier.

Hopefully this will clear up some of the unknown when doing a rear disc brake conversion on your classic car. If we missed something or didn’t cover a concern of yours, let us know. Leave us a comment below or get in touch with us through and email or via phone call. We are always here to help.