People have done the tried and true method of using two plastic tubes, a fitting and a screwdriver for years. It isn’t wrong and quite frankly, it works. We feel however that there is a simpler and better method. Our solution is our Bleeder Syringe Kit (Part# AC20010K). At first glance it looks like a very basic plastic syringe with a rubber nipple on the end. Your eyes are not deceiving you. It is a very simple tool and a very simple process but one that is sometimes misunderstood. 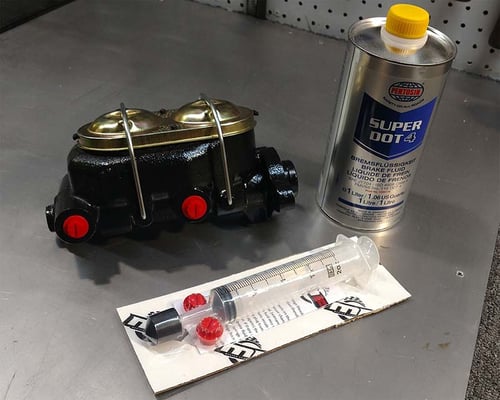 Begin by securely mounting your master cylinder in a vice or something similar to hold the master cylinder flat so fluid doesn’t pour out. Then fill the master’s reservoirs with your brake fluid of choice (Master Power Brakes recommends Pentosin Super Dot 4 Brake Fluid - Part# ACJ1703). Fill each reservoir about ½ full. Using the syringe, draw fluid from the reservoir. It is important to have enough fluid in the reservoir in order to draw enough brake fluid to fill the syringe to 50%. 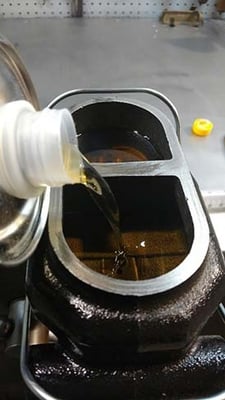 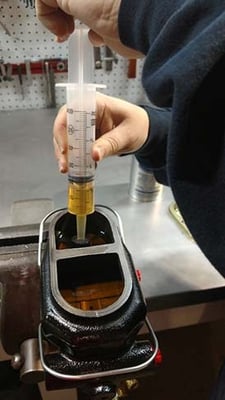 Firmly press the rubber nipple to the port making sure that a complete seal has been created between the fitting port and the nipple. As you slowly inject fluid into the exit port, you will see the air bubbles come to the surface inside the reservoir. Maintain a slow application of pressure to the syringe until you no longer see bubbles. Once a steady stream of fluid can be seen, the syringe can be pulled away from the port. Be sure to have a damp towel below the master cylinder available as fluid will be in the port area and will run out. The plastic plugs that are provided with the syringe kit can be used to plug each the port. Repeat the same process in the other port on the master cylinder. 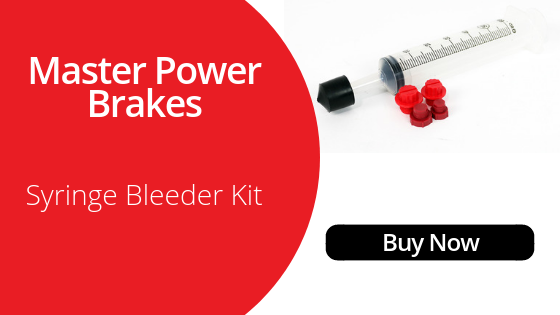 The process is that simple. The great thing is you can clean the syringe up and put it in your toolbox and use it as many times as you want. We are confident that you won’t bleed a master cylinder a different way ever again. 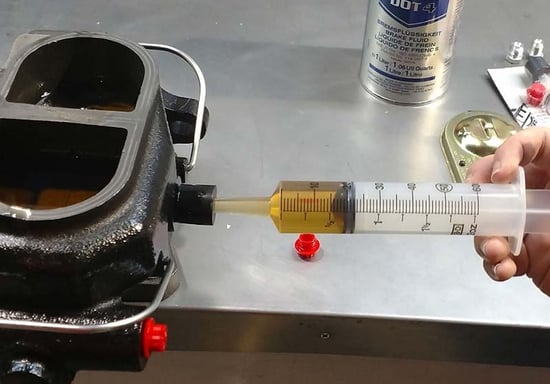 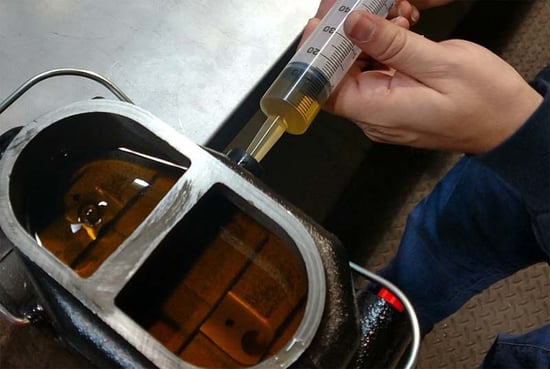