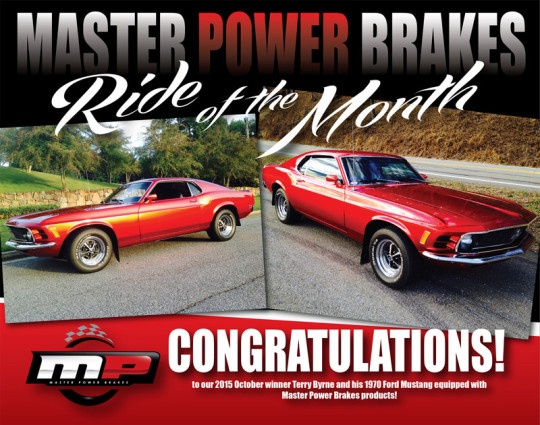 October's fall weather brought in lots of ROTM treats. The only tricks in the submission pile were some tricked out cars! Terry Byrne's 1970 Mustang was selected as our October 2015 Ride Of The Month winner!

Terry, thanks so much for sharing great photos and the story of your '70 Mustang. It sure is a beauty - and as always, we enjoyed the tale of how you acquired it and the car's transformation over the years.

Here is how Terry tells the story:

I bought this 1970 Mustang wrecked for $1000.00 back in 1991. I worked on it for a year and a half restoring it, getting it ready for paint. The first car show it was in was the World of Wheels in Boston in 1993 and I still had to bolt the mirrors on when it got there. I showed the car around the northeast until I decided to move to the Atlanta area in November of 1996 at the spur of the moment.

I drove the car 1100 miles to Atlanta to use it as a resume for a job in the body shop business, it worked. On the way to Atlanta I pulled off in Salem VA and found the dealership the car was originally sold at according to the Marti report. I showed the salesman the copy of the original window sticker with the list price of $3400, he couldn't believe I drove it that far.

By the way, the paint, Spies Hecker Brilliant Effects Red was sprayed by Jeff Thomas of Thomas Auto Body in Hingham Mass where I was working at the time.

A previous owner had installed front disc brakes and gave my car a disc brake rear end. I could never get the brakes to work right for ten years. Then I came across Master Power Brakes website and their reviews. I ordered the Booster/Master combo kit and installed it per the instructions. All I can say is WOW, it stops on a dime now. I can't believe I drove it like that for so long. 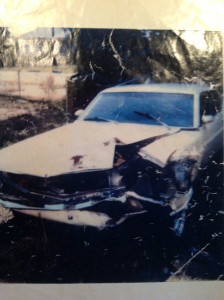 One more note on the finish...

During the summer of 1998 the car accidentally rolled down my driveway into a tree as I getting ready to leave for a car show. By then it had a few chips and scratches on the rest of the car, so I fixed the front and prepped the remainder of the car for paint. The following year, I loaded the prepped car on a trailer and brought back to the original painter to spray it again.

Since then I’ve been driving it and enjoying it.

Many thanks to Terry and other car enthusiast for sharing your pictures and stories with Master Power Brakes each month! Our crew loves hearing about our customers and their rides. There is a passion and a story behind every one of them. Send us a few pictures of your treasure here and enter Ride Of The Month. See you soon!